The Medicinal Benefits of CBD Oil and Medicinal Marijuana

Both CBD and medicinal marijuana provide a wide range of medical benefits in the areas of pain management, motor disorders, and mental health. CBD for anxiety is popularly used as a natural remedy for many anxiety disorders such as depression, stress, PTSD, and social anxiety, among others.

Medical marijuana is also known to relieve anxiety and pain related to cancer treatment side effects. It can be used for managing pain in cancer and arthritis patients. Studies have shown that medical marijuana can control vomiting and nausea caused by chemotherapy.

Here are some of the health benefits of CBD which have been scientifically proven:

CBD has pain-relieving effects when inhaled through the best dry herb vaporizer. It works with neuroreceptors in the body and helps to boost serotonin levels in the brain to help treat several anxiety disorders. It impacts the endocannabinoid receptor activity to reduce inflammation.

Depression and anxiety are mental health disorders that affect people’s health. The World Health Organization describes depression as the most significant contributor to disability. CBD oil has been used as a treatment for anxiety and depression. It has also been used to treat anxiety and insomnia in children who have post-traumatic stress disorder.

CBD could have Neuroprotective Properties

The ability of CBD to impact the endocannabinoid system and other brain receptors may be beneficial to people with neurological disorders. CBD has also been studied and found to be useful in treating neurological disorders such as multiple sclerosis and epilepsy with very promising results.

Another study discovered that CBD oil could reduce seizures in children with Dravet syndrome, which is responsible for epilepsy disorders in children.

The cannabinoid receptors in the body can connect with the cannabinoids in the plant to provide medicinal benefits to various ailments. Here are some of the therapeutic benefits of medical marijuana consumption:

Doctors have often prescribed medical marijuana for chronic pain. The Spine Journal discovered that out of five patients at the Colorado Spine center, at least one of them was using cannabis to relieve their pain.

Other studies suggest that medical marijuana could also relieve different types of pain, including neuropathic pain and chronic pain.

According to studies, the endocannabinoid system has been found to modulate appetite. Cannabinoids are effective in treating anorexia. Medical marijuana can also reduce nausea and other digestion related health conditions such as Crohn’s disease, obesity, and diabetes. 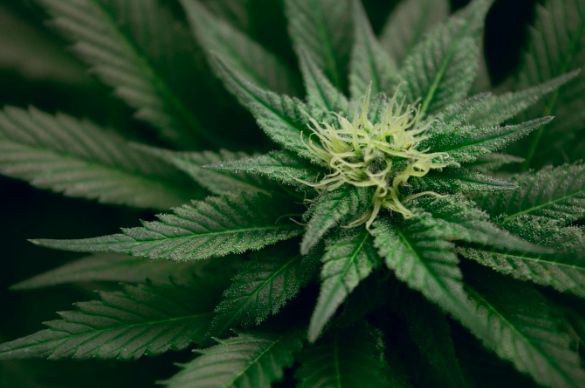 Medical marijuana has been studied and proven to be beneficial in relieving alcoholism, opiate withdrawal, depression, phobias, and schizophrenia.

In other studies, medical marijuana has been found to play a role in brain development. This is because it is connected to neurogenesis and brain plasticity. Medical marijuana is also believed to contain neuroprotective properties that aid in treating Alzheimer’s disease, Parkinson’s disease, oxygen deficits, and migraines.

A study in the Journal of the American Medical Association conducted in 2012 revealed that medical marijuana could improve lung function and increase lung capacity. It does this by reversing the carcinogen effects of tobacco. This is achieved by inhaling the drug in deep breaths.

Medical marijuana can treat an autoimmune disorder known as Systemic Lupus Erythematosus. This occurs when the body attacks itself without any apparent reasons. The chemicals in medical marijuana can calm the immune system and relieve the symptoms of Lupus.

Medical marijuana can also control conditions such as Leeuwenhoek’s Disease. This is a disease that causes non-stop spasms in abdominal muscles. They are painful. And can interfere with a person’s speaking and breathing.

Studies suggest that patients with inflammatory diseases such as ulcerative colitis can be treated with medical marijuana. Researchers found out that some chemicals in medical marijuana can interact with body cells that are responsible for the immune system and gut function.

The THC, like chemicals produced by the body, will increase the intestines’ permeability and allow bacteria to enter the body. But the cannabinoids in marijuana will block the chemicals, stop the permeability, and make the intestines bond together tightly to reduce the inflammation.

It is evident from the many studies conducted that CBD oil and medicinal marijuana have a lot of common therapeutic benefits. With ongoing studies, medical science will keep proving the benefits of CBD oil and medical marijuana in more fields. This will help to restore health in many people and improve their overall wellbeing.

How to Play Safe with Sex Toys