Gentlemen, if you have invested some time in the gym, and you do not see as much progress as you want to see then you might feel the need to use steroids. Yes, I can relate to those of you using steroids because, spending some time in the gym and seeing other people looking all buff and chiseled while you are just there doing thirty repetitions of bicep curls and bench press with no results can be a depressing thing. Therefore, you might feel the need to use this drug to help you to reach your goals, and it is a pretty good boost as you will realize a significant change in your body mass and fitness. However, it has drastic effects on men and women.

Effects of Steroid on Men

What do all men have in common? The high production of testosterone in their body. The body always makes testosterone which will aid a man that’s a hard-gainer in getting those massive biceps and pecs. Steroids are a form of artificial testosterone and combined with the natural testosterone produced by the body. It will bring a significant change, however, with time, the body adapts to the synthetic testosterone being pumped into the body in the form of steroids, and it will stop producing testosterone and rely on the artificial testosterone for the body to progress as the workouts continue. Therefore, the person will have to inject a double portion of steroids in order to maintain or increase muscle mass. Also, there are drastic effects which are caused by permanent damage to the male hormonal system which are; 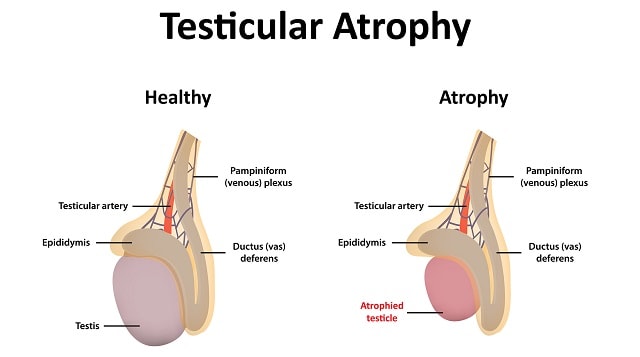 Folks this is basically shrinking of the testicles due to the lack of testosterone in the body. The long-term effect of this can cause a male reproductive system disease which is impotence.

Gynecomastia and other Female Characteristics 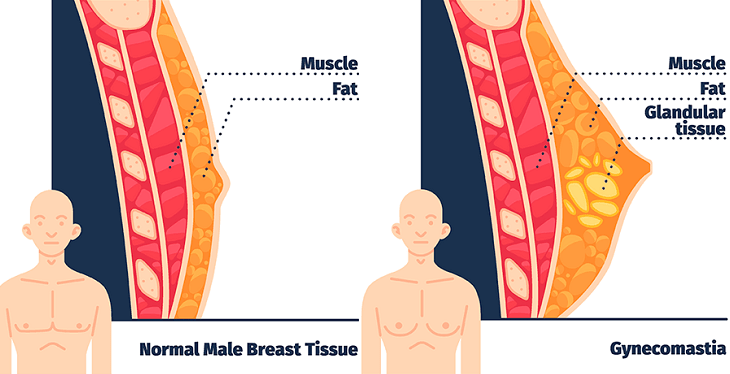 Gynecomastia (A.K.A man boobs) (1) is caused by an imbalance in the hormones whereby the effect of testosterone is decreased, and the effect of estrogen is increased. Giving a man the female characteristic of having breasts which are almost similar to that of a woman. Now, the reason why there’s an imbalance is that the amount of testosterone being pumped in the body a lot higher than it should be and so the body is trying hard to balance the hormones by increasing the production of estrogen which is likely to give any man female characteristics like gynecomastia.

Roid rage (2) is one thing that has caused a lot of problems in this world. It has caused people to brutalize their wives and children, fights in the gym and murders. Roid rage is a man’s tendency to be aggressive due to the intake of a high amount of steroids. The actual cause of this has not yet been identified, but my theory is that, due to the less production of testosterone and high production of estrogen, the man will stop feeling good about himself (Testosterone makes a man feel awesome), and later he becomes depressed, tired and will have mood swings. On the long term, this will be translated into anger, should anybody get on his bad side.

A lot of you didn’t expect it but also, women can be hard gainers if they want and they do use steroids because a woman cannot grow as big and buff as a man. “But what about the ninth wonder of the world Chyna?” Let me explain to you about women and steroids.

Effects of Steroids on Women

So, as I explained, steroids are artificial testosterone which will speed up results. Now as I mentioned, a woman cannot have gained like a man. This is because the testosterone levels in a woman are low and the estrogen is high which gives her the female characteristics that she’s supposed to have. However, also women might have goals just like us and therefore may decide to use steroids to speed things up. For women, the effects of using steroids have parallel differences to those of the men. 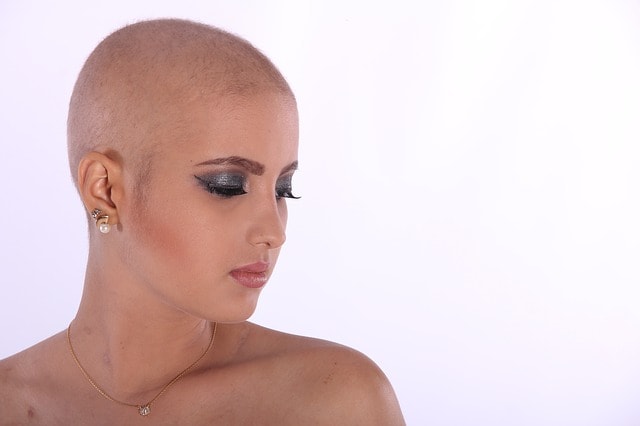 Having A Deep VOICE 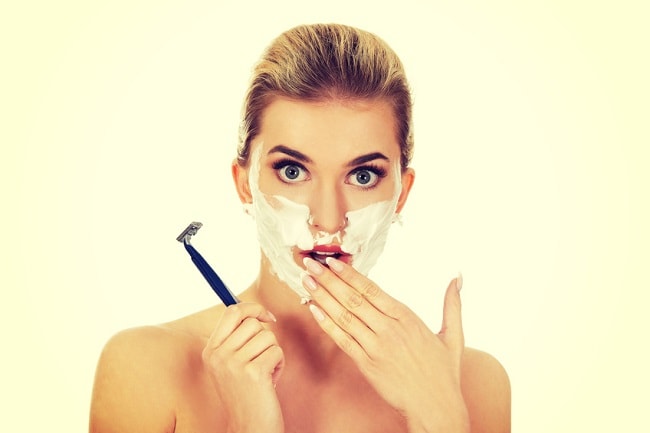 Yes! As mentioned above, testosterone will bring about everything a man will experience during adolescence, and this includes growing of beards.

If you are looking to build your body and achieve your goals, there are a lot of alternatives. Eating a lot of food can be very tiring, and ultimately. If you are not so fond of food, you will be very uncomfortable. Therefore, you can alternatively use protein shakes. Protein shakes should not be induced with any kind of steroid but should be natural with maybe some eggs, milk, bananas. If you have chia seeds, then you can include them as well because chia seeds are an excellent source of protein and one needs protein in order to build a better body.

Another thing which has a high amount of protein is supplements which you can add to your protein shake and drink up. Especially if you are maybe lactose intolerant. (Milk is the best source of protein) Also, if you do find eating food to be a chore, this could be perfect for you.

Please, do not use steroids or any steroid induced supplements because ultimately, it causes a lack of confidence as you will be filled with self-doubt. As much as you will be able to show off your massive gains, you will be asking yourself whether you earned them. However, if you are patient enough, you work hard, and you follow your routine religiously, you will feel confident in yourself even if your biceps or triceps have nothing but just a good tone. Trust me; it’s better to work hard and be happy with a muscle tone rather than taking a shortcut and being unhappy about having a jacked-up body. Therefore, you should not even think about using steroids, and you should work hard for your goal.

How to Get Six Pack Abs- An Ultimate Guide!

Home Remedies to Get Rid of Grey Hair Naturally